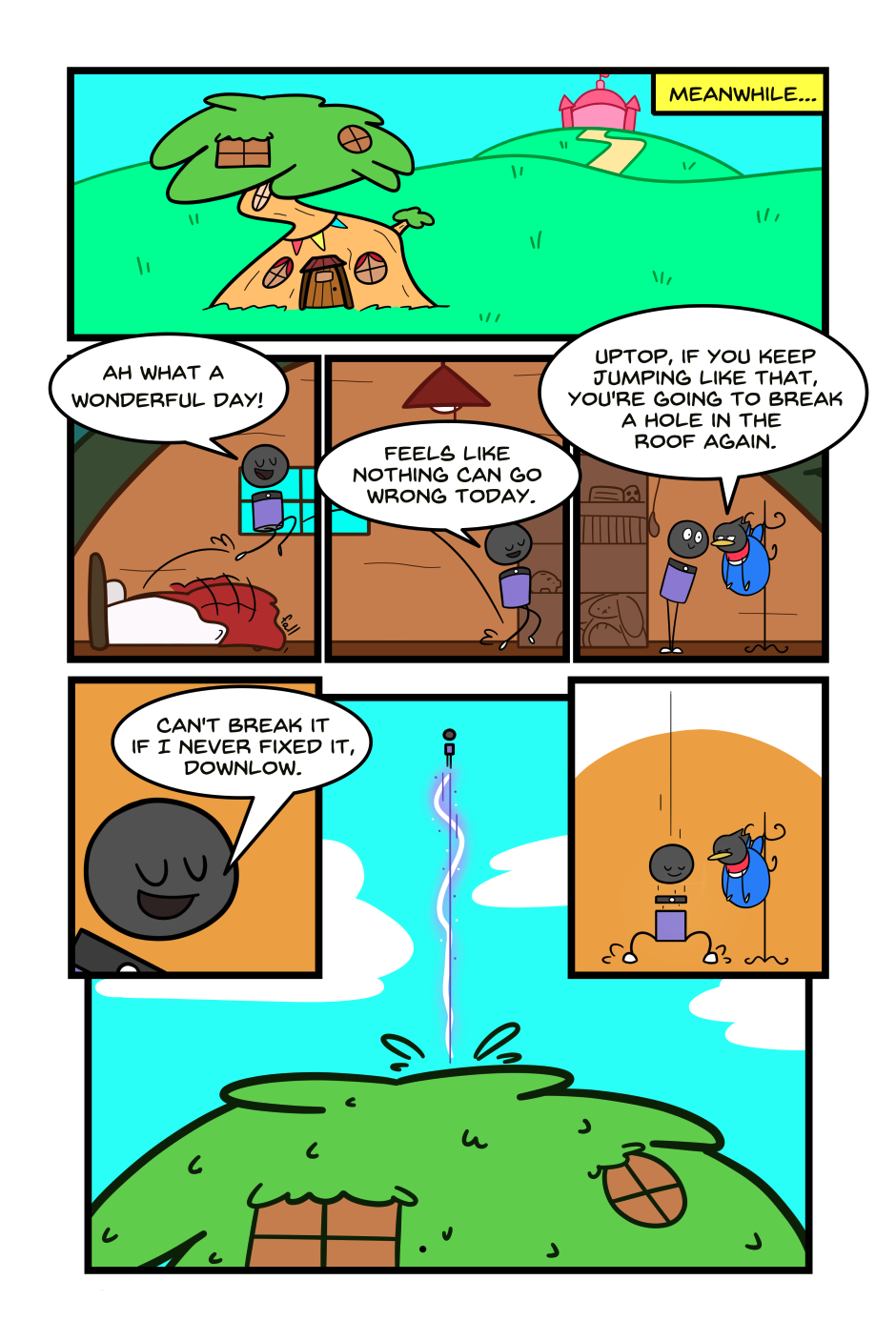 Meanwhile, there is a tree in the field of grass, with the Princess Castle visible in the far distance. This tree has a very weird shape: it’s base is very wide, but as the trunk goes further up, it gets very slender. It’s topped off with a very fluffy looking crown that’s about as wide as the base. From this shot’s angle, the trunk sharply curves to the left, giving the whole tree an S-shaped look. There’s also a little branch on the right of the tree with a tuft of leaves on it. This tree is also hollowed out and has windows all around its trunk and crown. There’s even an average-sized wooden door at the base of the tree. There are also pennants hanging around the middle of the tree trunk.

Inside the crown of the tree is a bedroom. Someone jumps out of bed. He has a spherical head with nothing but two big eyes and a mouth, floating over a cylindrical body. On the top part of the body is a disc with a small circle on its curved surface. The body has two stick-figure legs with white circles on the bottom that are supposed to be feet.

He jumps out of bed and skips over to the other side of the room, saying “Ah what a wonderful day! Feels like nothing can go wrong today.” Over on the other side of the room, he leans over to a smaller creature that looks like a chubby little penguin, however instead of flippers she has two stick-figure arms with circles for hands. She’s inside a large backpack that is hanging on a coat rack. She currently is hanging her head and arms outside of it.

She looks back at the other person, annoyed, and says, “Uptop, if you keep jumping like that, you’re going to break a hole in the roof again.” Uptop replies with a smug expression, “Can’t break it if I never fixed it, Downlow.” He then jumps through the hole, several feet up into the sky from the crown of the tree, with a glittery trail following behind. He lands back on the bedroom floor, with his detachable disc and head falling back on his body separately. Downlow still looks at him annoyed.